Forming the northern border of Africa’s biggest game reserve, the Selous, Mikumi National Park is only three to four hours drive from Dar es Salaam, lying astride the main highway to Zambia, and en route to the National Parks of Ruaha and Udzungwa Mountains.

The main feature of the park is the Mikumi flood plain, along with the mountain ranges that border the park on two sides. Open grasslands dominate in the flood plain, eventually merging with the miombo woodland covering the lower hills.

The park is rich in wildlife. And animals like buffaloes, hippos, baboons, sable antelopes, lions, wild dogs, wildebeests, zebras, impalas, giraffe, warthogs, and elephants which can easily be viewed all the year-round.

Reptiles including crocodiles, monitor lizards, and pythons are also residents in the park. Over 300 species of birds have been recorded some of which are Eurasian migrants. 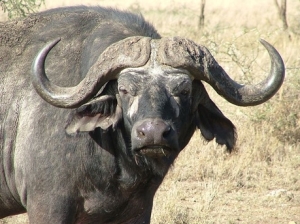 The park is bisected by a major road, which detracts slightly from its feeling of wilderness, but does make it easy to reach by vehicle; it’s just four hours south-west of Dar es Salaam.