Ngorongoro Conservation Area stretches from the Karatu Highlands to the Serengeti and covers an area of around 8300 sq km. Formed by the same immense geological upheavals as the Great Rift Valley, Ngorongoro was once a mountain as high as Kilimanjaro. About 3 million years ago, it blew up, covering the Serengeti in ash. The crater floor sank leaving the rim to form a natural enclosure 2,285 meters high.

While on a Ngorongoro Safari the most amazing experience is viewing the crater for the first time. As your vehicle slowly ascends through mountain forests you will feel it getting colder and colder. Eventually, you reach the rim, and dropping sharply off in front of you is Ngorongoro Crater.

Ngorongoro Crater is the best self-contained safari destination in the world. The world’s largest unbroken caldera, it is often referred to as the ‘Garden of Eden’. The rich pasture and permanent water of the crater floor shelters a large population of animals. In fact, the crater floor is one of the most densely crowded game areas in the world and is home to about 30,000 animals. The open grassland makes it easy to police, so it is also a stronghold for endangered species like black rhino and cheetah.

A Lake Manyara Safari is often overlooked. Many people pass Lake Manyara National Park in their rush to the Serengeti. However, we recommend you consider this enchanting and interesting park. Although small, it is one of the prettiest and most game-rich parks in the country.

Lake Manyara is a long thin park only about 330 sq km in size. Two-thirds of the park consists of water, with the Great Rift Valley Escarpment rising sharply and dramatically along the western side.

Remember to keep looking up while you are in the park. Lake Manyara is well known for its tree-climbing lions and there are also plenty of leopards. You’ll need some luck to see them though, so don’t be disappointed if they elude you.

Lake Manyara is a great safari spot for bird viewing and also has a healthy population of ungulates such as buffalo and wildebeest. Many animals can be seen grazing the new shoots on the floodplain and wallowing in the shallows of the lake, while further out pods of hippos bob. 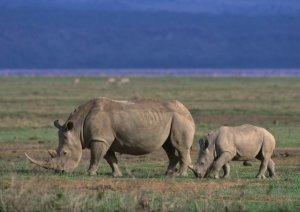 After breakfast in Arusha depart for Lake Manyara Hotel which is built on the rift wall at a high altitude, thus offering a magnificent view of the lake and the park. Dinner and overnight at Lake Manyara Hotel or at the public campsite.

After a fabulous breakfast start day 2 Game drive at Lake Manyara National Park, famous for its tree-climbing lions. Here you can see a variety of habitats and diverse animals and birds. Witness the large flock of flamingos descending on the Lake Manyara. After lunch drives to Seronera for dinner and overnight at Seronera Wildlife Lodge or at the public campsite.

After breakfast has a full day game drive in Serengeti National Park with your lunch boxes, here you can find the largest concentration of plain animals – 4 million and 500 species of birds. Your chance to see predators chasing their prey and enjoying their kill. Dinner and overnight at Seronera wildlife lodge or at the public campsite.

After breakfast depart for Ngorongoro via Olduvai Gorge, site of archeological findings, where traces of pre-historic man dating back to 3.5. million years ago have been discovered. Lunch at the Lodge, afternoon leisure, dinner and overnight at Crater or Wildlife Lodge situated on the rim of the crater or at the public campsite.

After breakfast, have a full-day tour of Ngorongoro crater, here you can see a spectacular concentration of wildlife, including the big five. Drive across the dense forest and near the soda lake and enjoy viewing a variety of birdlife. Ascend to the lodge from the 2000ft deep crater, lunch boxes on the way, dinner and overnight at the Lodge or at the public campsite.